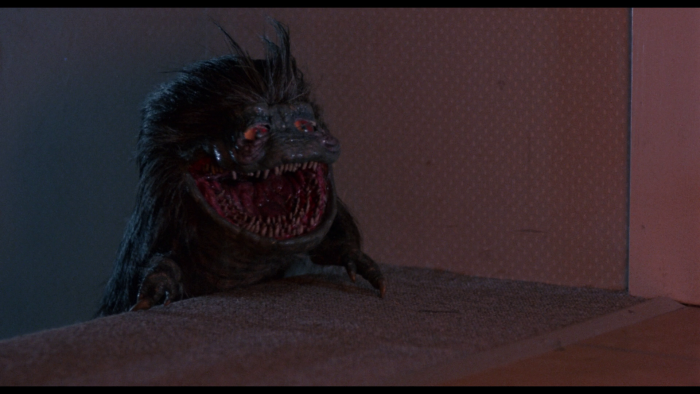 Speak to somebody associated with the production of 1986's "Critters," and they often swear the screenplay was written before the creation of 1984's "Gremlins," the Joe Dante-directed masterpiece that gifted the world a Christmas of chaos featuring the antics of mischievous, murderous knee-high creatures rampaging their way through a small town. Of course, "Critters" isn't set during the holiday season, but the picture also enjoys the destructive abilities of tiny monsters working to take over a rural community. I'm not sure why there's such a defensive attitude about the similarities between the endeavors, as there's room for both movies to be fantastic, with Stephen Herek-helmed horror-comedy managing to do something scrappy and scary with very little money, using imagination to turn a promising idea from co-writer Brian Domonic Muir into a fun ride of creature feature highlights, keeping puppetry and casualty lively in this unexpected franchise-starter. Read the rest at Blu-ray.com