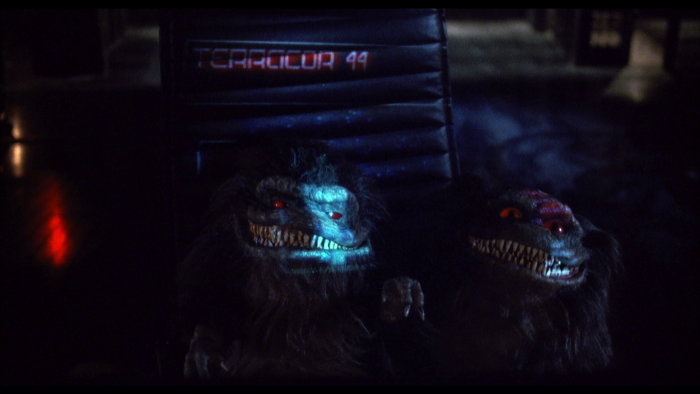 In an effort to save some money and limit risk with the creation of a "Critters" sequel after 1988's "Critters 2: The Main Course" bombed during its theatrical release, New Line Cinema elected to take the series direct to video, hoping to meet the fanbase halfway by delivering prime Crite action directly to their living rooms. The studio also decided to make two movies for the price of one, shooting "Critters 3" and "Critters 4" back-to-back, with the last installment of the franchise (at least up to this point) handed over to director Rupert Harvey, who apparently didn't enjoy anything the series had been offering in its three previous chapters. "Critters 4" takes the action into space, unleashing the Crites on a space station, where they go about their daily business of bodily harm and reproducing in tighter confines, generating more of a haunted house viewing experience. At least that appears to be the idea behind the third sequel. What Harvey actually delivers is the worst "Critters" installment of the bunch, dropping humor and open air to play a tedious game of "Wait for the Crites," with the titular monsters barely in the endeavor, finding more attention place on tedious human concerns. This is no way to close out an amusing set of creature features. Read the rest at Blu-ray.com