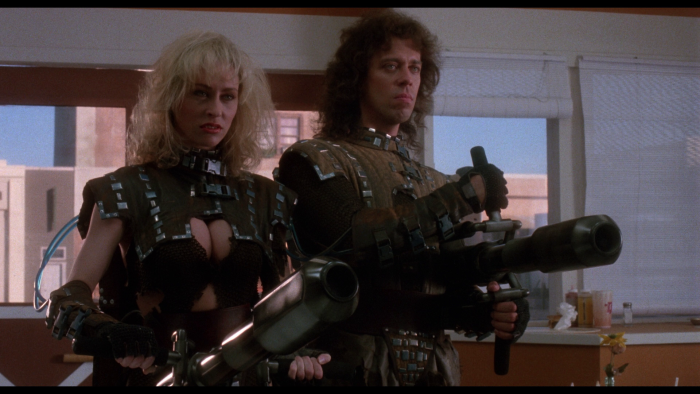 When 1986's "Critters" managed to become a home video success (after mediocre box office results), New Line Cinema elected to go forward with a sequel. However, unlike many follow-ups from the day, money was actually spent to give a potential franchise a proper continuation, adding some coin to the budget and giving "Critters 2: The Main Course" a newfound appreciation of comedic extremes, with co-writer/director Mick Garris brought in to make Crites more mischievous, humans more appealing, and the brand name more alluring to genre fans. In a rare creative success story from the brand-heavy 1980s, "The Main Course" is a proper match to the original "Critters," having fun with itself while supplying all the monster movie violence and mayhem one could ever want from the series. It's a bigger, bolder endeavor, with Garris losing none of the sneaky appeal of the first film. Read the rest at Blu-ray.com