Film Review - Fighting with My Family 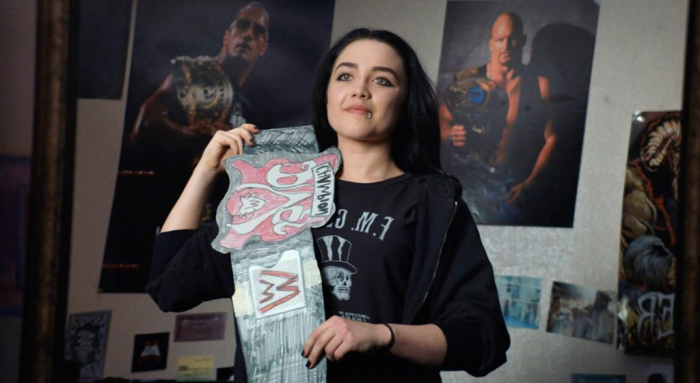 Dwayne Johnson is a busy man these days, making sure he’s represented on the big screen at least a couple times every year. He’s an action star now, but he never lost touch with his career as a professional wrestler, and he’s returning to the squared circle with “Fighting with My Family,” flexing his producing muscles to bring the story of WWE superstar Paige to the screen. Movies and pro-wrestling rarely mix, but this bio-pic isn’t interested in the sheer silliness of “No Holds Barred” or the odiousness of “Ready to Rumble,” instead going the inspirational route with an underdog tale. Writer/director Stephen Merchant tries to redefine “Rocky” with “Fighting with My Family,” using Paige’s rise to WWE glory as a way to craft an audience-pleasing sports dramedy, and Johnson is along for the ride to secure authenticity, at least with wrestling atmosphere. Read the rest at Blu-ray.com