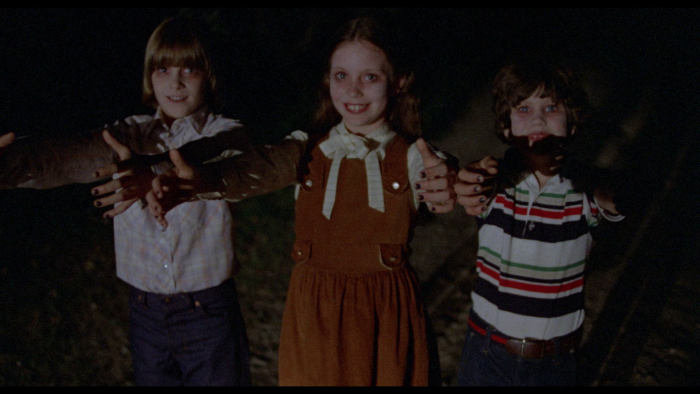 1980's "The Children" is working uphill in the good taste department. It's schlock, giving it an out when it comes to considered filmmaking, with the production often aiming just for shock value, which in this case covers the use of kids as murderous zombies. There's a way to pull this premise off, giving the uneasy audience a thrill ride of outrageousness. Writers Carlton J. Albright ("Luther the Geek") and Edward Terry don't understand the care required to make a movie where children murder and, in return, are murdered. Some humor remains in "The Children," but laughs are often buried under the weight of idiotic tonal directions and an absence of pace, keeping the endeavor an absolute chore to sit through when it isn't completely wrongheaded. Read the rest at Blu-ray.com