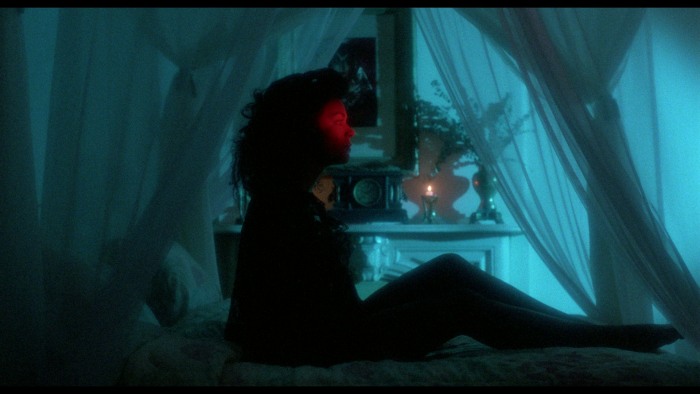 James Bond III was a child actor, appearing in such pictures as "The Fish That Saved Pittsburgh" and "Go Tell It on the Mountain." 1990's "Def by Temptation" is the thespian's attempt to take control of his career, pouring time and energy into a low-budget horror feature, taking writing and directing duties, along with a co-starring role. For Bond III, the creative experiment delivers an odd but compelling B-movie, and one that has a little more style and enthusiasm than its competition. "Def by Temptation" isn't an offering for those who require the cleanest filmmaking standards, working as a more of a loose, intermittently inventive journey into monsterdom, adding bits of seduction and psychological inspection to help spice up the viewing experience. Bond III is a tad sloppy here and there, but his need to add his voice to the genre shows throughout the endeavor, making something unique and charmingly bizarre. Read the rest at Blu-ray.com