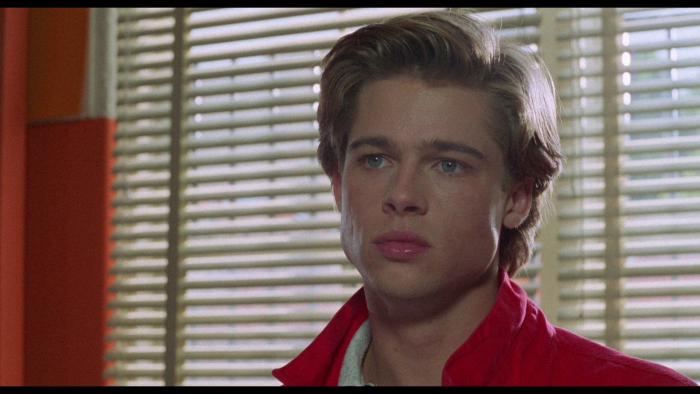 1989's "Cutting Class" (shot in 1987) is a slasher film that would normally be lost to the sands of time if it wasn't for one little detail: Brad Pitt. The now globally renown actor, as famous as a human being can get in this day and age of tribal popularity, made his starring debut with the horror endeavor, securing its position as a perennial curiosity, with most viewers drawn to the potential fun of watching an icon get his start. The good news is that there's plenty of Pitt in the feature, which gives the young, hungry actor a lot of screen time to work on his emoting, trying his best to make as big an impression as possible. The bad news is that "Cutting Class" is mostly a confused production, unsure if it wants to be frightening or funny as it works out subgenre formula. Screenwriter Steve Slavkin never clarifies his vision for the endeavor, while director Rospo Pallenberg mostly fumbles everything that's handed to him, forcing the actors, including Pitt, to make the most of their scenes on their own. Read the rest at Blu-ray.com