Film Review - The Kid Who Would Be King 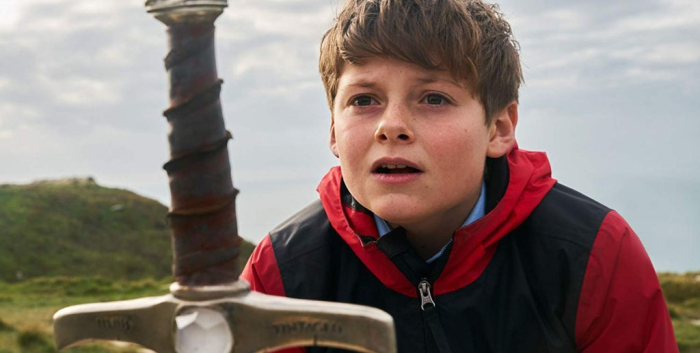 It’s hard to believe writer/director Joe Cornish has been away from screens since 2011, when his helming debut, the problematic “Attack the Block,” managed to capture cult attention, making him a creative force worth following. Screenplay work filled in the gaps (including “The Adventures of Tintin”), but Cornish has finally returned to theaters with “The Kid Who Would Be King,” which fulfills his initial promise as a storyteller. This is a wonderful picture, with Cornish turning Arthurian legend into an old-fashioned kid-centric adventure with bright performances and soaring spirit, returning to the concerns of children tasked with saving the world in their own special way. “The Kid Who Would Be King” takes wonder, character, and peril seriously, keeping the production searching for inventive ways to rework ancient conflicts, coming up with an endearingly exciting tale of knightly honor in a modern school-age battleground. Read the rest at Blu-ray.com