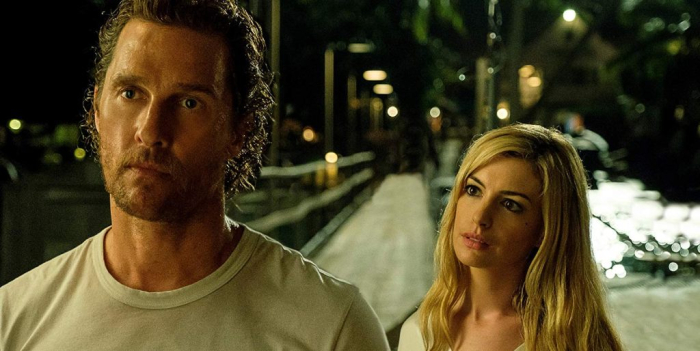 It’s easy to give writer/director Steven Knight the benefit of the doubt with “Serenity.” After all, his last helming effort was 2014’s “Locke,” a superbly structured and timed tale of one man’s breakdown during a long car ride in the middle of the night. It was one of the best films of the year, but lightning doesn’t strike twice for Knight, who swings for the fences with his latest endeavor, looking to set a Floridian Noir mood while actively disrupting all expectations for sex and murder with the feature. It’s one bonkers movie, but it doesn’t initially reveal its insanity, with Knight portioning out strangeness in small doses while losing control of the whole endeavor, tanking performances and his vision for something different. There are certainly few pictures like it, but such oddity can’t pull “Serenity” out of the tailspin it eventually finds itself in. Read the rest at Blu-ray.com