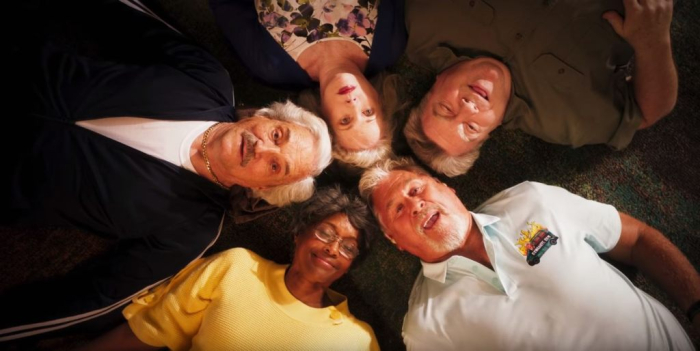 In 2003, there was “Daddy Day Care,” which was part of the softening of Eddie Murphy for family audiences, with the comedian hoping for a career rejuvenation by playing to children (and their fatigued parents) with slapstick antics. A sequel (“Daddy Day Camp”) popped up in 2007, with Cuba Gooding Jr. taking over the lead role from Murphy, submitting himself for kid judgment, with the picture failing to make much money despite having brand recognition. Now striking while the iron is ice cold, hungry producers have returned to the franchise with “Granddaddy Day Camp,” which tries to mount a spin-off for an older crowd, but still retaining the same juvenile sense of humor. Perhaps seniors might get a kick out of seeing their daily misery played out on screen, and there are certainly talented actors involved, but “Granddaddy Day Care” wasn’t a good idea to begin with, attaching itself to series that nobody really liked in the first place, arriving with only a few ideas for jokes and one tone-deaf lunge for pathos. Read the rest at Blu-ray.com