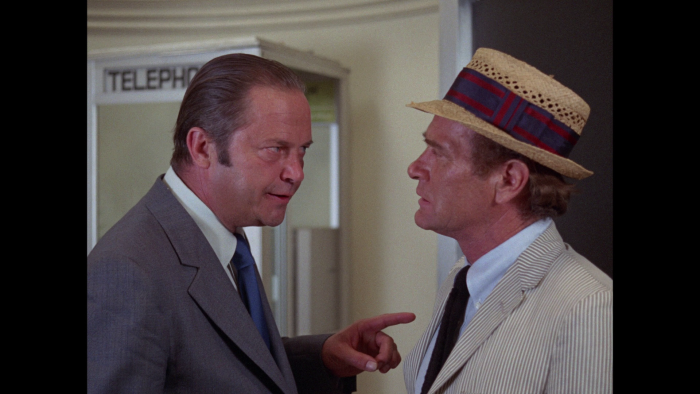 There was once a time when a television movie could bring the nation together. In 1972, the event was "The Night Stalker," a low-budget production meant to act as entertaining filler for ABC's weekly schedule in January, only to pique the curiosity of almost the entire viewing audience. It was a hit, a massive success for the network and producer Dan Curtis (who created "Dark Shadows"), who found an immediate response to something as potentially frivolous as a detective tale featuring the hunt for a vampire. While certainly a case could be made that sheer oddity made people stay home the evening "The Night Stalker" aired, there's something a little more than just shock value here, with director John Llewellyn Moxey finding a proper investigative tone to keep the short (75 minutes) feature on the move, while screenwriter Richard Matheson (adapting an unpublished book by Jeffrey Grant Rice) fills the effort with idiosyncrasy and discovery, rewarding viewer attention with a propulsive genre offering that knows what it wants to accomplish, ditching complexity for a solid offering of chills and Las Vegas exploration. Read the rest at Blu-ray.com