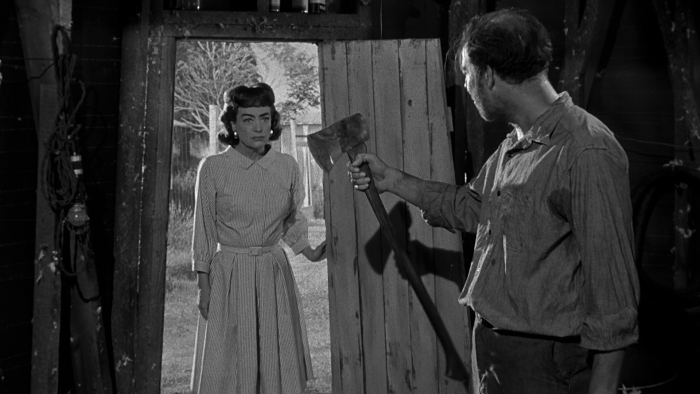 1962's "Whatever Happened to Baby Jane?" reignited interest in Joan Crawford's career, also giving the world the rise of "Hagsploitation," where older actresses could dominate screens once again with material that plays to their aging appearances. Jumping on the chance to use a newly in- demand Crawford is William Castle, noted architect of "ballyhoo" cinema, and a man who knew exactly how to bring in an audience using the art of the gimmick. For 1964's "Strait-Jacket," the pull would be Crawford, who's tasked with creating a dimensional character out of an ax murderer. Castle uses the inherent ugliness of beheading to prime the creative pump, but the majority of "Strait-Jacket" belongs to Crawford, who huffs and puffs her way throughout the picture, giving it a rhythm of intensity it needs as it plows through Robert Bloch's screenplay, which isn't completely convinced that maniac mode is the best way to make it from start to finish. Read the rest at Blu-ray.com