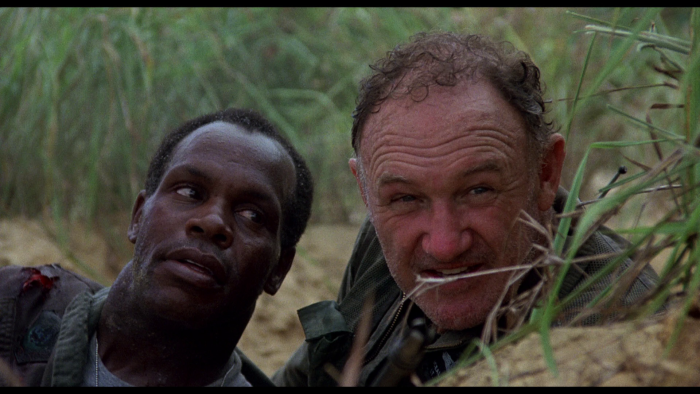 In 1986, the release of Oliver Stone's "Platoon" changed everything for pictures about the Vietnam War. Suddenly, these stories about hellacious, confusing combat and the psychological scars inflicted could bring in sizable numbers at the box office, and even be rewarded with Oscar gold. Vietnam became big business for Hollywood, with 1988's "Bat 21" (stylized as "Bat*21") part of a producer push to get tales of war up on screens as fast as possible. Screenwriters George Gordon and William C. Anderson (adapting his own book) have the gray area of "Based on a True Story" to play with, detailing the U.S. military's considerable efforts to collect one man shot down over enemy terrain. They split the story into two distinct extremes of combat, trying to soften the rah-rah concept of search and rescue with intermittent reflections on the cold, bloody brutality of war. Director Peter Markle ("Hot Dog…The Movie") is caught between the extremes, and while he fashions a competent survival adventure, he has more trouble pinpointing the message of "Bat 21," which is lost somewhere between explosive action sequences and moments where star Gene Hackman is asked to portray guilt as his character encounters dead bodies for the first time. Read the rest at Blu-ray.com