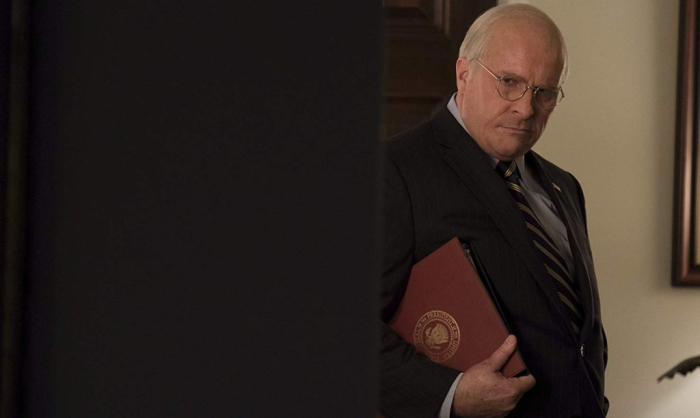 We’ve been here before. In 2015, writer/director Adam McKay released “The Big Short,” which took a semi-satirical look at the Financial Crisis of 2008, using a large cast of familiar faces and his polished comedic instincts to remind paying audiences of their foolish passivity, detailing just how people with money and opportunity nearly destroyed America in their pursuit of money and opportunity. It was McKay’s middle-finger to the four winds, showing off his rebel instinct with a sizable sense of condescension and intermittent inspiration, managing to score one of his biggest box office successes that didn’t star Will Ferrell. Three years later, the helmer is back with “Vice,” a spiritual sequel to “The Big Short” that sets out to understand just how significant Vice President Dick Cheney’s influence was between 2001-2008. McKay returns to his editorial bag of tricks and honed glibness, but this time the whole things plays like the director is lip-synching to punk rock music instead of trying to ignite a revolution. Read the rest at Blu-ray.com