Film Review - They Shall Not Grow Old 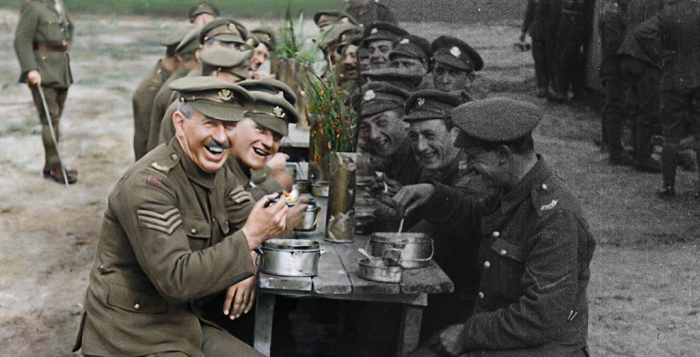 Peter Jackson is no stranger to filmmaking technology. The driving force behind “The Lord of the Rings,” “The Hobbit,” and “King Kong,” Jackson has always managed to create CGI-laden adventures with extreme detail, going beyond the manufacturing of monsters to generate entire worlds for audiences to get lost in. While the concentration has been on fantasy and horror endeavors for the better part of his career, Jackson goes beyond his creative borders with “They Shall Not Grow Old,” which attempts to turn 100-year-old footage from World War I into a living, breathing immersion into a time and place traditionally viewed in scratchy black and white. Jackson’s team of moviemaking wizards have transformed brittle celluloid into flesh and blood, working with color, sound, and clarity to deliver a vision of WWI that’s not about flipping through pages of history, but providing 3D experiences from the men who were there. Read the rest at Blu-ray.com