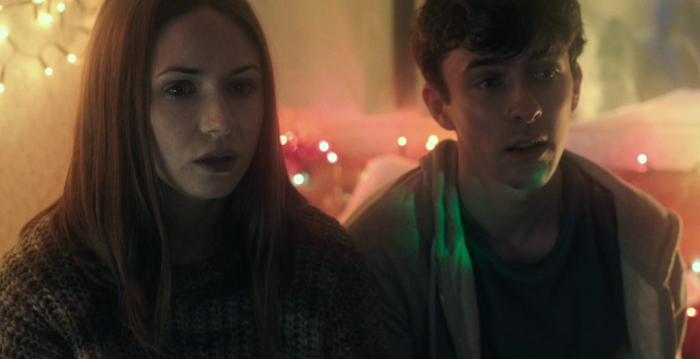 Taking possession of her career, Karen Gillan steps behind the camera to make her feature-length directorial debut with “The Party’s Just Beginning.” While certainly not an actress who gravitates toward chipper roles, Gillan clearly wants to flex some dramatic muscles with the endeavor (she also scripts), creating a profoundly dark descent into depression with a story that juggles time and levels of helplessness, giving the star her first major test as a performer. Gillan is quite successful with certain aspects of “The Party’s Just Beginning,” and she commits to almost impossible bleakness with the effort, but her performance carries the film, while direction keeps it on the move, presenting low-budget style and darkly comic touches to make the viewing experience survivable. Read the rest at Blu-ray.com