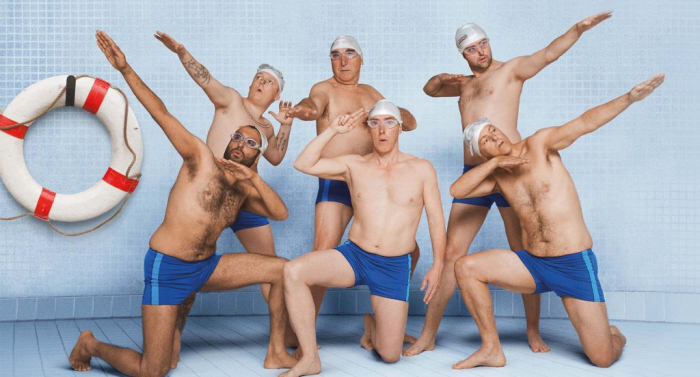 Rob Brydon is a famous Welsh comedian, rarely finding his way to American theaters, mostly stuck in supporting roles in recent fantasy films such as “Cinderella” and “The Huntsman: Winter’s War.” Perhaps his most defined international offering is “The Trip,” a television series turned into movie for art-house release, where he joined co-star Steve Coogan for a restaurant tour of Northern England. A minor hit, there were two sequels (“The Trip to Italy” and “The Trip to Spain”), giving Brydon some presence outside of Europe, sharing his particular way with punchlines and celebrity impressions. With “Swimming with Men,” Brydon leads a large cast across familiar British comedy terrain, with this “Full Monty”-style romp utterly dependent on its star to weave magic with a screenplay that doesn’t welcome inventive silliness. “Swimming with Men” means to have heart and trigger smiles, but what it needs is writing worthy of Brydon’s talents, giving the main attraction a cinematic playground to explore, not a yellow line of cliché to follow. Read the rest at Blu-ray.com