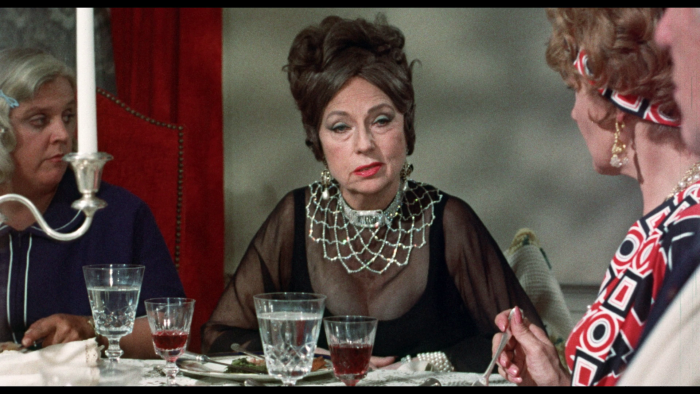 With a title like "Dear Dead Delilah" (not to be confused with the recent Blu-ray release of "Deadly Daphne's Revenge"), there's a certain expectation put in place for a sinister tale of murder, with the possibility of a ghost story setting. Writer/director John Farris doesn't exactly pursue a hardcore tale of diabolical happenings, preferring to settle into the dismissive ways of southern folk in Tennessee as they deal with plantation life, a hidden inheritance, and a rising body count due to the presence of an ax-swinging killer. Farris prefers family business over chopped-up bodies, making "Dear Dead Delilah" more of a psychodrama than a slasher film. There's some disappointment with the end results, but Farris isn't completely removed from the demands of the genre, putting together a few suspenseful scenes, one genuinely weird kill, and nurtures fine performances from the cast, with lead Agnes Moorehead giving the helmer more than he deserves as the titular woman, who's very much alive during the endeavor. Read the rest at Blu-ray.com