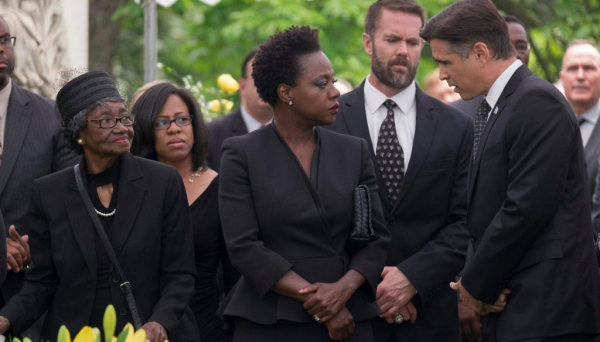 Five years ago, director Steve McQueen was in theaters with “12 Years a Slave.” It was a difficult movie to process, dealing with grim history and inhumane behavior, but the helmer’s skills were easily followed, adding to an already impressive filmography of suffocating efforts like “Hunger” and “Shame.” While he doesn’t sacrifice any of his artistry, McQueen is clearly hunting for something more commercial with “Widows,” which remains icy and rough, but also engineered to rile audiences up. McQueen joins forces with author Gillian Flynn (“Gone Girl”) for this crime saga (a remake of a British crime series, first broadcast in 1983), which offers a labyrinth of domestic disorder to navigate, eventually ending up as something of a heist film, but one that’s not entirely attentive to the particulars of crime. “Widows” is powerful and riveting, allowing McQueen to indulge his thriller sweet tooth while still making room for a sophisticated study of race, politics, and marriage.  Read the rest at Blu-ray.com