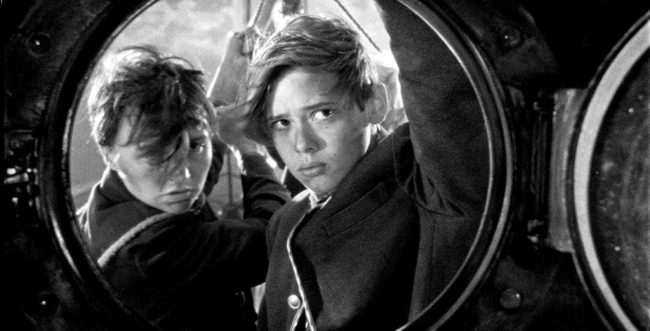 “The Wild Boys” is an art film, unencumbered by the rules of mainstream cinema. Even better, it’s a French art film, which is pretty much code for “all bets are off.” Working his hands through concepts of horror, gender, and fantasy, writer/director Bertrand Mandico makes his feature-length directorial debut with this odyssey into the unknown, attempting to conjure a phantasmagoria of sensorial highlights and film school itches. “The Wild Boys” lives up to its title, with a distinctly free range feel to the picture, which endeavors to be the weirdest movie in recent memory and nearly succeeds. However, issues remain, as a brief sampling of the bodily evolution presented here is far more appetizing than the full meal Mandico has prepared. Read the rest at Blu-ray.com