Film Review - The Girl in the Spider's Web 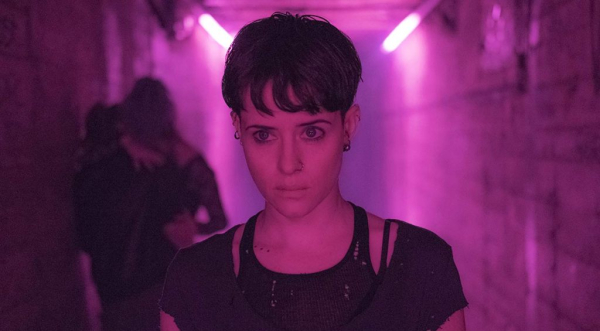 Director Fede Alvarez has made a positive impression in recent years. He was handed an impossible task to remake Sam Raimi’s “Evil Dead,” and managed to deliver a blood-drenched summary of Cabin in the Woods horror, sold with impressive gusto. He went on to create “Don’t Breathe,” which twisted the home invasion thriller in impressive ways, toying with sound and vision to summon thrills in a close-quarters setting. Now he’s been ordered to make something exciting out of “The Girl in the Spider’s Web,” continuing the American take on the Lisbeth Salander saga that began seven years ago with David Fincher’s “The Girl with the Dragon Tattoo.” Add in three Swedish productions based on the late Stieg Larsson’s collection of Salander stories, and there’s a considerable amount of screen time devoted to the character, with a few installments quite good. Hollywood seems to think there’s still money to be made from Larsson’s universe, putting pressure on Alvarez to pump up the jams on action and lose most of the procedural texture of the series, with “The Girl in the Spider’s Web” mostly content to be dopey, also setting some kind of world record for coincidences in the major motion picture. Read the rest at Blu-ray.com