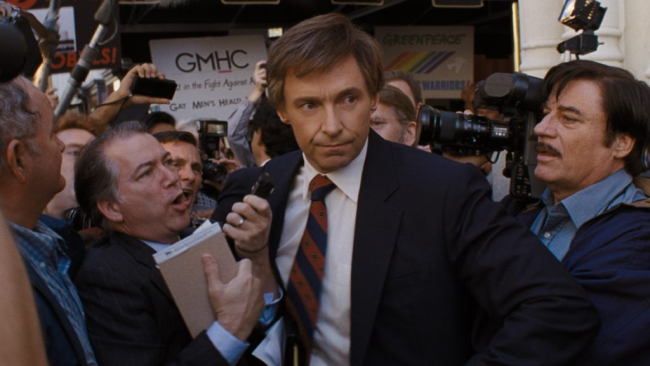 Director Jason Reitman sets out to make a film about 1988 feel like a production from 1972, and he’s largely successful with his vision for a snappy, zoom-happy, roving-camera endeavor. “The Front Runner” is meant to evoke cinema form the past while telling a very modern tale of sensationalism, using the saga of Gary Hart’s failed run for the White House to establish a line crossed by journalists as candidate coverage turned into a character assassination game, and for good reasons. Reitman’s already made a gem this year with last spring’s “Tully,” and while his vision is clear for “The Front Runner,” his taste in screenwriting, wigs, and targets of derision is a little off. The Hart story is amazing, but the dramatic recreation doesn’t do enough to grasp the finer points of character and disgrace.  Read the rest at Blu-ray.com