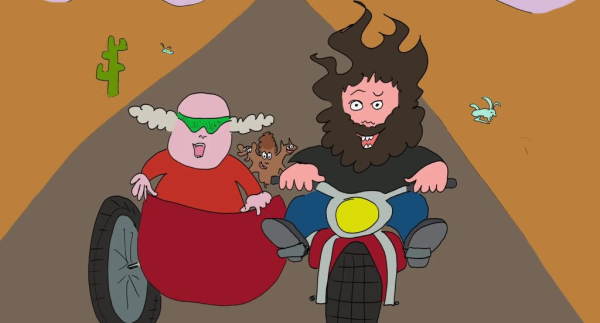 In 2006, Tenacious D tried to move their blend of music and comedy from television programs and album releases to the big screen, unleashing “Tenacious D in The Pick of Destiny” over the Thanksgiving holiday. The picture was largely ignored, turned into a cult hit with a large stoner following. It’s a shame “Pick of Destiny” didn’t do bigger business, with its mastery of weirdness, rock opera, and goofballery delivering an accurate representation of Tenacious D’s appeal. The band went on to an intermittent release schedule (their last recording came out in 2012), but they’ve returned with something of a new movie, creating a series of shorts that pair Jables and Kage with the end of the world. “Tenacious D in Post-Apocalypto” is perhaps the exact opposite of polished entertainment, but the animated offering is fully stocked with the old D magic, creating a silly stew of raunchy missions, inane banter, and free-range imagination to give the feature plenty of insanity to savor. Read the rest at Blu-ray.com