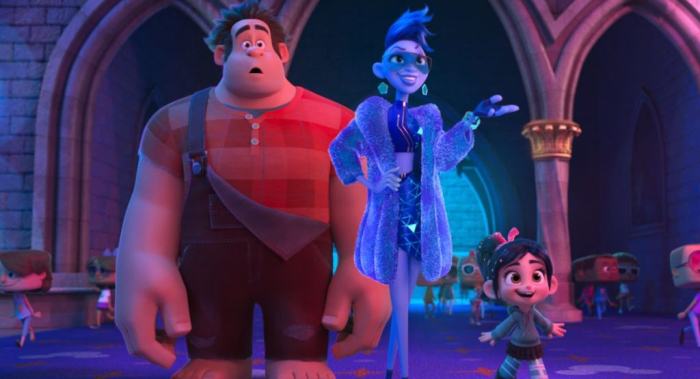 2012’s “Wreck-It Ralph” was a feature steeped in nostalgia. It was about a video game character from the 1980s trying to survive in a new frontier of hyperactive arcade options, finding much needed friendship along the way. It’s a delightful movie, aided in great part by flavorful voice work from an eclectic cast, and there’s the fun factor of seeing beloved video game icons brought to life, often for irreverent purposes. A sequel wasn’t necessary, but more time with this group would always be welcome, leading to the creation of “Ralph Breaks the Internet,” which trades the boundaries of cabinet life for the endless ocean of information found in the online world. Nostalgia has been muted this time around, with “Ralph Breaks the Internet” more determined to find its own footing as an animated adventure, with sheer noise and formula providing a bit too much temptation for the filmmakers, who are visibly stretching to fill this second round.  Read the rest at Blu-ray.com