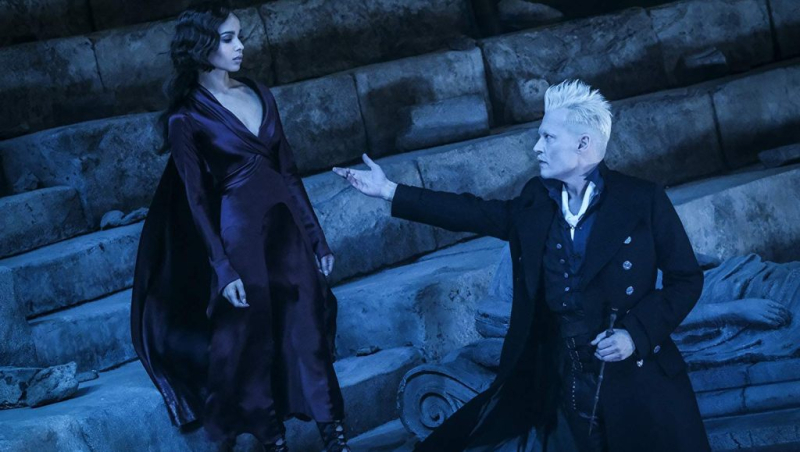 Two years ago, author J.K. Rowling decided to develop a second entrance into the Wizarding World she triumphantly explored in the “Harry Potter” series of films based on her novels. To some, it was a basic cash-grab, giving studio home Warner Brothers a chance to extract more coin from Potterheads looking for anything new to savor from Rowling. To others, “Fantastic Beasts and Where to Find Them” admittedly lacked some snap, but remained a dense immersion into this vivid realm of wizards and monsters. The feature didn’t create the pop culture stir many were expecting, but it made a lot of money, encouraging Rowling to continue down the rabbit hole of Newt Scamander and his interactions with the dark side of the Wizarding World. She returns to screens with “Fantastic Beasts: The Crimes of Grindelwald,” which does nothing to correct tonal mistakes made in the first installment, with Rowling and director David Yates doubling down on mean-spiritedness to make sure their grim fantasy leaves a lasting mark.  Read the rest at Blu-ray.com