Blu-ray Review - Mac and Me 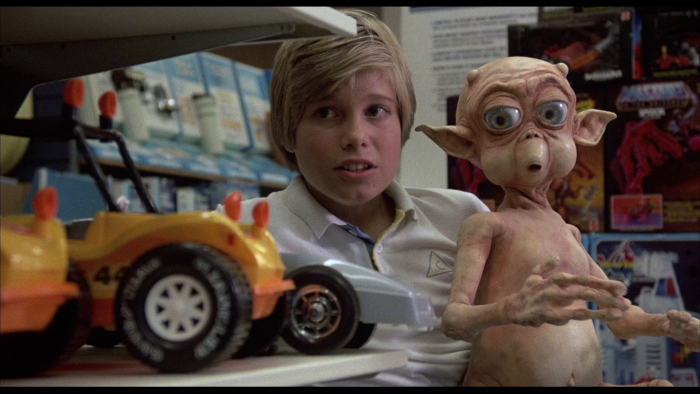 There have been many movies trying to cash-in on the success of 1982's "E.T. the Extra-Terrestrial," but few have been quite as obvious as 1988's "Mac and Me." The producers are determined to replicate Steven Spielberg's box-office-busting success, coming up with a slight variation on the formula of the lonely boy and his lost alien pal. However, instead of using creativity, money, and magic to shape the feature, co-writer/director Stewart Raffill marches forward with a highly bizarre rip-off that's hanging on for dear life, throwing anything at the screen to see what might appeal to the target demographic of young kids. "Mac and Me" is awful and infamously so, with longstanding cult appeal helping to cushion the crushingly bad ideas found in the endeavor.  Read the rest at Blu-ray.com