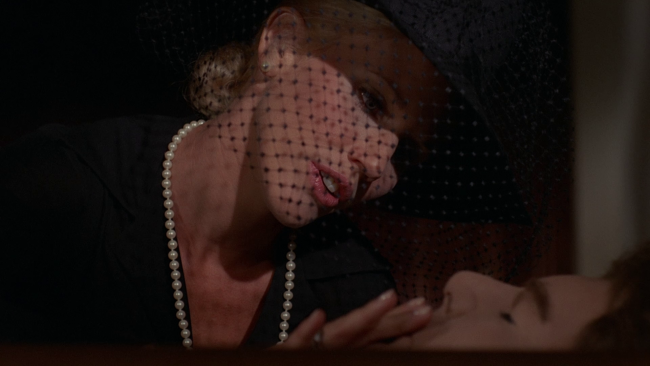 Love can be a complicated thing, especially when it involves dead people. Necrophilia is not a common subject for a horror film, but there are a few notable examples, including 1987's Nekromantik," but "Love Me Deadly" doesn't play the fetish for scares, instead offering a soap opera take on a woman's relationship with the deceased, rooting the illness somewhere personal, avoiding pure shock value for something slightly softer. Director Jacques Lacerte seems to be on mission to make a slightly more accessible tale of unimaginable trauma, but his restraint doesn't mesh well with the feature's assortment of half-realized ideas and B-movie construction. "Love Me Deadly" isn't ghastly or enlightening, it's just slow and silly, working itself into a lather as a way to display some level of emotional value for a picture that's essentially about a woman who turns to the touch of the dead to deal with childhood issues. Now where's the fun in that? Read the rest at Blu-ray.com