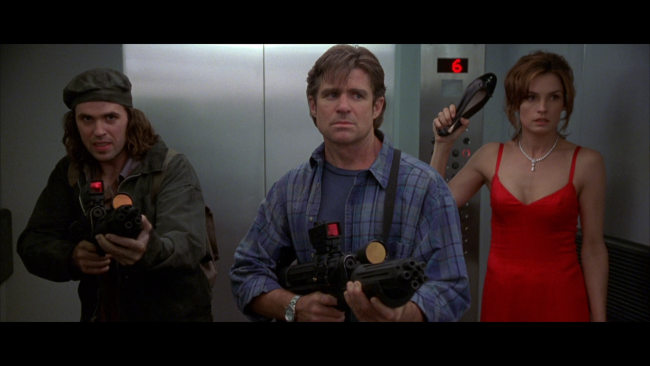 1998's "Deep Rising" didn't have an easy time finding an audience during its initial theatrical release. It came out a year after "The Relic" (which delivered a similar monster-in-a-contained-area premise), a month after "Titanic" (which satiated audiences hungry to see a massive ship endure a slow destruction), and two weeks after "Hard Rain" (which also enjoyed some Jet Ski action in tight hallways). The planets didn't align for writer/director Stephen Sommers, but this noisy ode to B-movies of the past eventually found something of a following on home video and basic cable, and it's not hard to see why, with the helmer arranging plenty of mayhem, quips, and gore to delight those in the mood for something violent but cheeky. Though the true comedic value of "Deep Rising" is up for debate. Read the rest at Blu-ray.com