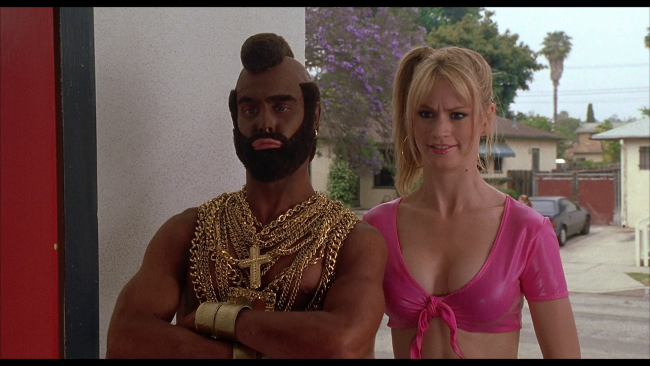 In 2002, Jim Carrey wasn't entirely interested in being the Jim Carrey audiences wanted him to be. By this time, he was branching out with dramas like "The Truman Show" and "Man on the Moon," beginning to leave behind a career in broad comedies, requiring Hollywood to scramble like mad and find a new guy to make a proper big screen mess. The suits at Disney settled on Dave Sheridan, an unknown actor who generated some interest with turns in "Bubble Boy" and "Ghost World." Sheridan wasn't Carrey, but that wasn't going to stop the Mouse House from trying to pull off a successful makeover, fitting Sheridan for a wacky character in "Frank McKlusky, C.I." Carrey certainly made his share of duds, but he's never been involved in something this atrocious, finding Sheridan lost at sea trying to make a DOA script (by Mark Perez) and clueless direction from Arlene Sanford resemble something functional. While there are plenty of curious additions to the movie (which offers a supporting cast that includes Dolly Parton and Chyna), there's not nearly enough oddity to aid digestion of this cruelly unfunny disaster. It's one thing to mimic a Carrey comedy, it's another to completely misunderstand why people loved the star in the first place.  Read the rest at Blu-ray.com