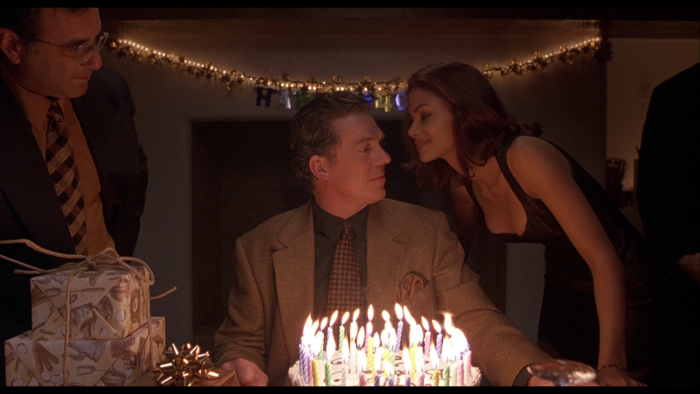 Branded a star on the rise in the 1990s, Halle Berry graduated quickly to major studios roles, with Hollywood spending the better part of the decade figuring out just what to do with the actress, who achieved some visibility in "Boomerang," "Jungle Fever," and "The Flintstones." I'm not sure Berry was ready to carry her own movie with 1996's "The Rich Man's Wife," and the production basically agrees, with writer/director Amy Holden Jones left with little thespian oomph as she tries to manufacture a classic thriller for a modern age. Berry is limp here, backed by several key miscastings, leaving Jones with little room to take something traditional and give it significant personality, helping to up what are weirdly low stakes for a thriller. "The Rich Man's Wife" is a drag, but one with potential, working half-speed on a few promising ideas, only to have Jones weighed down by the actors and the feature's increasing reliance on ludicrousness to connect the dots.  Read the rest at Blu-ray.com