Film Review - My Dinner with Herve 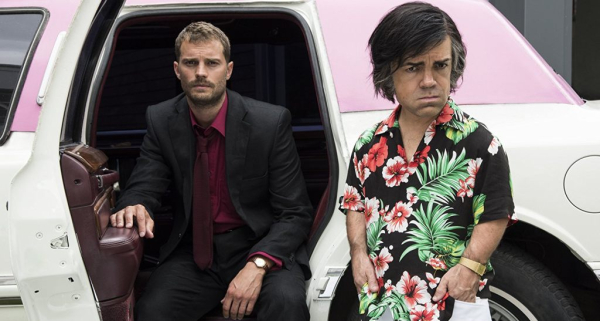 The idea of a film about a wild night out with actor Herve Villechaize conjures visions of a “Hangover”-style picture, highlighting crazy antics and strange sights, bringing out the beast of an unusual icon who was known to participate in craziness more often than not. What writer/director Sacha Gervasi (“Hitchcock,” “Anvil: The Story of Anvil”) actually delivers is an unnervingly genuine study of two fallen people trading bits of honesty over the course of a long morning, using his own interactions with Herve to inspire the deepest pits of despair found in the screenplay. “My Dinner with Herve” has some laughs and fits of manic energy, but surprises with its dramatic content, finding Gervasi interested in depicting Herve with tremendous care, remaining truthful about his mischief, but openly inspecting his thinly veiled depression.  Read the rest at Blu-ray.com