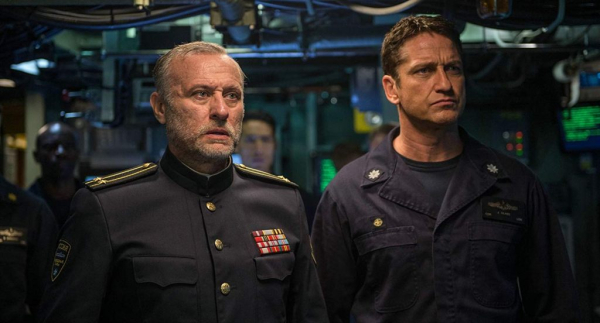 “Hunter Killer” is trying to fill a gap, delivering a Tom Clancy-style military thriller while Clancy’s books remain out of fashion in Hollywood, with television currently home to the latest Jack Ryan adventure. Of course, nothing can top the sheer cinematic mastery of 1990’s “The Hunt for Red October,” but “Hunter Killer” (based on the book “Firing Point” by George Wallace and Don Keith) gives it a shot, taking to land, sea, and office to detail a point of crisis in world security. The picture has a few stars to help settle the viewing experience, but not a lot of originality, playing it careful with basic elements of patriotism and patrol. Director Donovan Marsh is in way over his head with the thriller, but he manages a few creative achievements as he sets out to make a movie that’s been done before, and much better too. Read the rest at Blu-ray.com