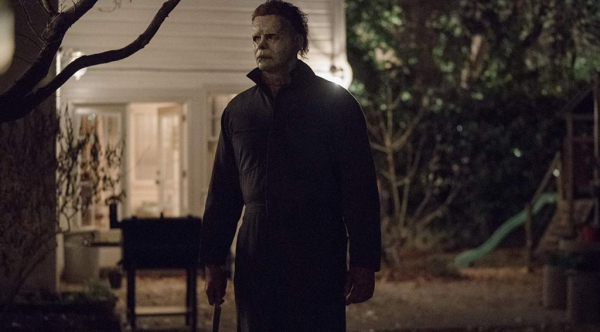 “Halloween” isn’t the first time the franchise has decided to shift gears, attempting to rework the brand name for a fresh run of sequels. Heck, it’s not even the first time Jamie Lee Curtis has been involved in long-time-coming installment, popping up in 1998’s “Halloween: H20” to complete her arc as battered babysitter Laurie Strode. After four decades of strange creative decisions and wacky character arcs, the new “Halloween” hopes to link arms with the old “Halloween,” with co-writers Danny McBride, Jeff Fradley, and David Gordon Green (who also directs) bringing back Curtis for another long-time-coming showdown with the masked monster, hoping to give fans a proper continuation after they’ve sat through a few rotten ones. The Shape is back, in a proper killing mood, but the writing isn’t pushing for a fresh take on old holiday business, playing to the faithful with a formulaic endeavor that only colors outside the lines for a few brief scenes. Read the rest at Blu-ray.com