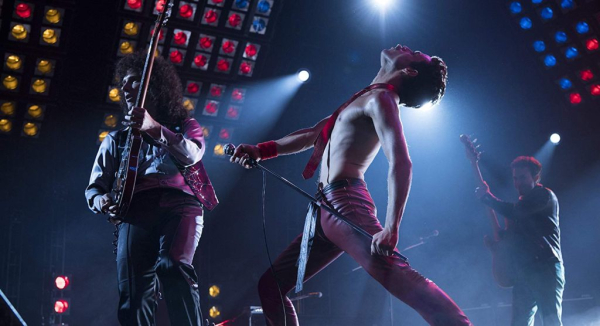 With other bands and artists having their music bio-pic moments over the last 15 years, it’s time for Queen to step up and enjoy the spotlight. However, “Bohemian Rhapsody” isn’t exactly about Queen as a unit, with most attention paid to its singer and showman, Freddie Mercury. The frontman passed away nearly 30 years ago, and the screenplay (by Anthony McCarten) sets out to focus on his rise to fame and music world dominance, also charting his handling of personal sexuality and identity, working through several complicated relationships. “Bohemian Rhapsody” isn’t a greatest hits compilation or a jukebox musical. It’s more of a funeral piece for Mercury, trying to polish his status as a legendary singer while circling over the same personal issues for 130 minutes. What probably should’ve been a rip-roaring summation of Queen’s lasting appeal is diluted into a television movie that ignores the group effort for long stretches of the feature. Read the rest at Blu-ray.com