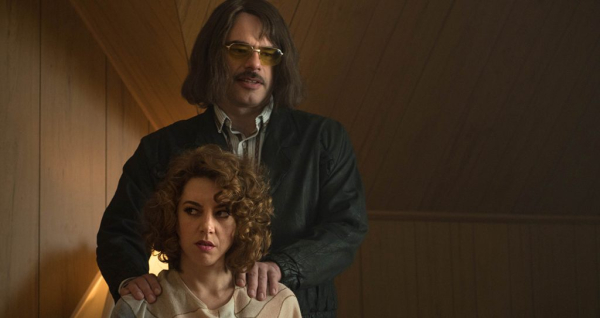 A few years ago, co-writer/director Jim Hosking made his feature-length debut with “The Greasy Strangler.” It was a largely indescribable film, made with equal parts silliness and madness, showcasing Hosking’s idiosyncratic point of view and willingness to push visual oddity about as far as he could get away with and still have something fans of fringe entertainment would want to see. “The Greasy Strangler” is really its own thing, but Hosking returns with a similar vision for “An Evening with Beverly Luff Linn,” which continues the helmer’s fascination with the bizarre, this time bringing on bigger stars and enjoying a larger budget to help create his universe of unpleasant people engaged in bizarre relationships and personal missions, participating in a grand game of extremity for Hosking.  Read the rest at Blu-ray.com