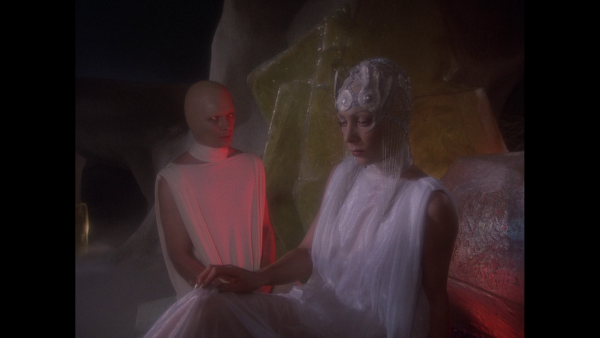 "The Martial Chronicles" aired as a miniseries on NBC in 1980. It's based on Ray Bradbury's collection of short stories, which were published in 1950, with the producers electing to preserve the author's sense of mystery and wonder without updating his science. It consists of three episodes, which contain what feels like 100 subplots all heading in opposite directions, making dramatic consistency impossible with this type of source material. However, screenwriter Richard Matheson certainly gives it a try, mashing Bradbury's ideas into television movie structure, laboring to keep the author's Big Ideas on the human experience while introducing a faint sense of narrative progression, which is immediately rejected. It's an ambitious project, but "The Martian Chronicles" isn't big on smooth transitions and dramatic swell, acting as a more of a sampler plate for Bradbury's vision of the future.  Read the rest at Blu-ray.com