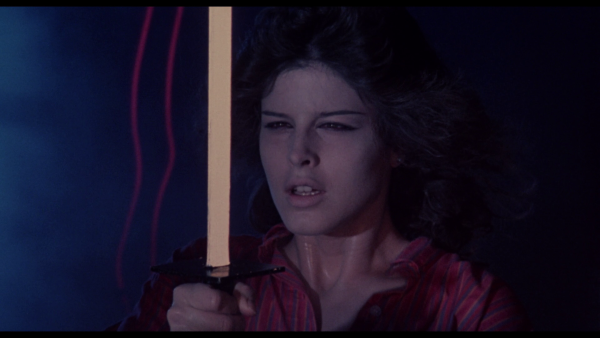 Still trusting the power of ninja mania during the 1980s, Cannon Films wasn't about to let a good idea die peacefully. Instead of rehashing work found in "Enter the Ninja" and "Revenge of the Ninja," Yoram Globus and Menahem Golan push the series into a far stranger direction (with help from screenwriter James R. Silke) for 1984's "Ninja III: The Domination," which is, true to its title, a martial arts picture, but one that's incredibly mindful of trends, trying to be the most '80s movie of the 1980s by combining aerobics, video games, and demonic possession into a feature about a war between ninjas. "Ninja III" is nuts but, strangely, it's also lovingly made by director Sam Firstenberg, who doesn't take the helming assignment lightly. While faced with utter ridiculousness and a limited Cannon budget, Firstenberg tries to pack in as much violence and movement as possible, wisely choosing to hypnotize viewers with exploitation instead of winning them over with craft.  Read the rest at Blu-ray.com