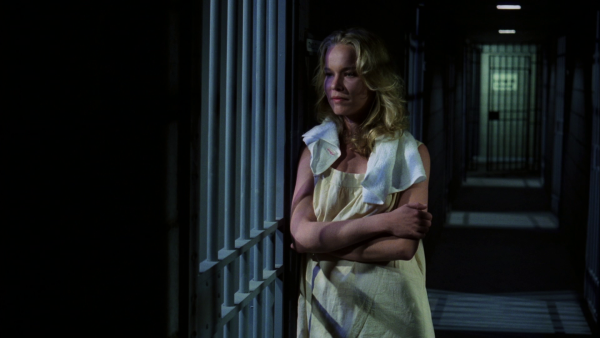 In the mid-1980s, 1979's "Human Experiments" was added to the UK's list of "Video Nasties," banning it from distribution due to perverse violence. It's difficult to understand this decision, as the film is hardly the torture-a-thon its box art and title suggests, and perhaps producers were delighted to suddenly be in possession of such forbidden fruit, newly empowered to sell the picture as aggressively as possible. The reality of "Human Experiments" is that it's not a particularly haunting endeavor, with director Gregory Goodell and writer Richard Rothstein aiming for something more sinister than graphic, keeping the effort well within television movie parameters for intensity. While sold as an agony machine and a women-in-prison feature, the effort never really settles anywhere specific, more eager to sample different moods than remain frightening for very long.  Read the rest at Blu-ray.com