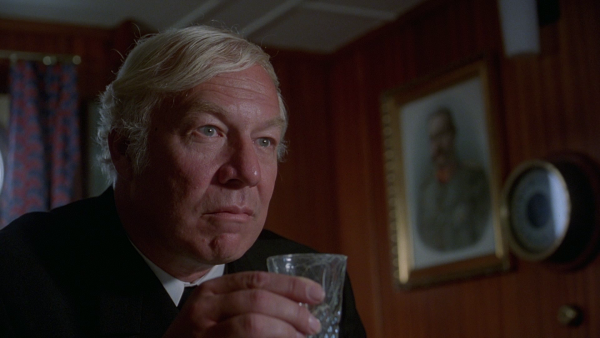 We now live in a world where there are two Blu-ray releases of 1980's "Death Ship." It seems the B-movie was a significant performer for Scorpion Releasing, who originally issued the film in 2012, giving fans a decent look at the production particulars with a comfortable visual experience. Times have changed, and Scorpion has returned with a fresh scan of the chiller (even including a previously deleted scene), collecting some additional supplementary materials to help beef up the new disc, which is an improvement, especially for fans of the picture, who are now offered a clearer look at all the oceanic carnage the endeavor provides. Read the rest at Blu-ray.com