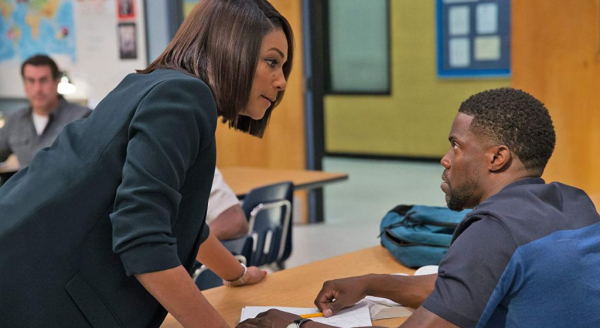 Nobody involved in “Night School” needs to put in any effort. Director Malcolm D. Lee had a massive hit last summer with “Girls Trip,” so he’ll be making variations on the film for the next five years. All star Kevin Hart has to do is show up for close-ups and scream and he’s good. And Tiffany Haddish is still working on her sudden rise to national consciousness after a supporting turn in “Girls Trip,” sticking with the sense of humor that broke her into the big time. It’s hard to condemn the professionals for not trying to make something special with “Night School.” It’s there, it’s raunchy, and it’s programmed to have some heart. However, laziness is a big problem with this dispiriting comedy, which could’ve been so much more than the feeble collection of gross-out jokes and wayward riffs it currently offers. Nobody particularly cares about the final product, and such apathy keeps the feature anchored to the ground for nearly two hours.  Read the rest at Blu-ray.com