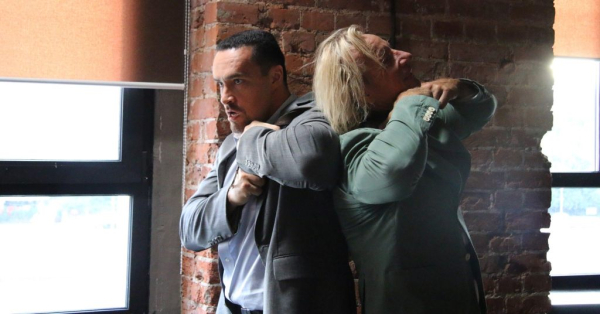 The curious career of Alexander Nevsky takes another deadening turn with “Maximum Impact,” the Russian actor’s latest attempt to achieve some level of global fame with a Hollywood-style actioner. Nevsky’s big but he can’t act, electing to surround himself with a highly bizarre collection of thespians who are known for taking any type of paycheck role that comes their way. Nevsky’s got the physical presence, but his energy reserves run low in this painfully amateurish production, which doesn’t take long to shed any level of seriousness, emerging as a parody of VOD thrillers, with director Andrzej Bartkowiak trying to make sense of Ross LaMann’s loopy screenplay, which tosses cliches and characters into a blender, making B-movie paste that’s impossible to make sense of, much less enjoy.  Read the rest at Blu-ray.com