Film Review - All About Nina 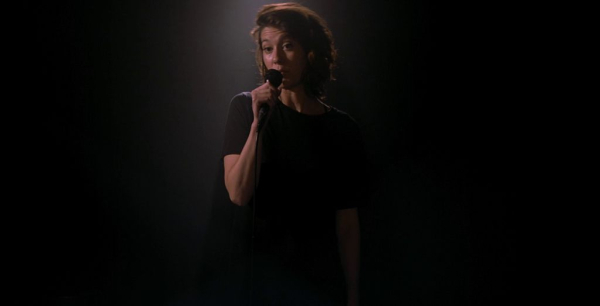 “All About Nina” is a difficult film to watch. It’s partially engineered to be that way, with writer/director Eva Vives endeavoring to create a screen space that’s suffocating and unrelentingly bleak, using a tightening grip to support a character study of a thirtysomething woman suddenly facing the demons she’s been unable to outrun. The movie is a churning assortment of abrasive personalities and self-destructive behaviors, but somewhere in the middle of all the hostilities, there’s supposed be some faint light of realization, giving viewers an exit out of the darkness Vives supplies. It’s hard to sense any sense of achievement here, but there’s plenty of pain to go around, giving actress Mary Elizabeth Winstead a meaty role that demands a full-body commitment to both the abyssal agony of the part and her vocation as stand-up comedian.  Read the rest at Blu-ray.com