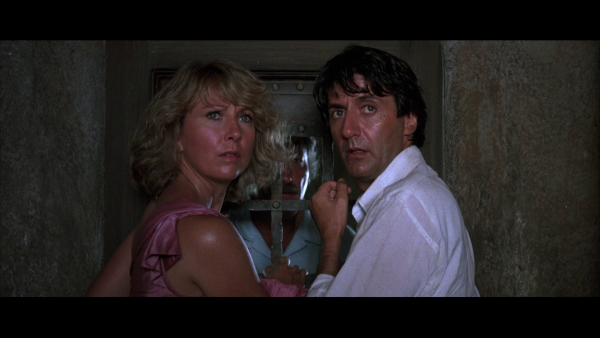 Screenwriter Jim Kouf ("Class," "Secret Admirer," "Up the Creek") makes his directorial debut with 1986's "Miracles," bringing with him dreams of establishing a rich farce filled with chases, near-misses, strange luck, and combative characters. He would go on to write "Stakeout," one of the best films of 1987, but such a creative triumph was still a year away, leaving him stuck with a frustratingly inert, unfunny comedy that would normally kill a helming career before it had a chance to fully develop. So, thank goodness for "Stakeout" and god help us all with "Miracles," which emerges as a kitchen sink idea from Kouf, who's desperate to make this manic endeavor work despite dreadful miscastings, a thin premise, and dialogue that's primarily interested in detailing how two people hate each other. It's unpleasant and worse, unadventurous, testing patience as a brief run time is wasted on uninspired shenanigans and a half-realized gimmick.  Read the rest at Blu-ray.com