Blu-ray Review - How Do I Love Thee? 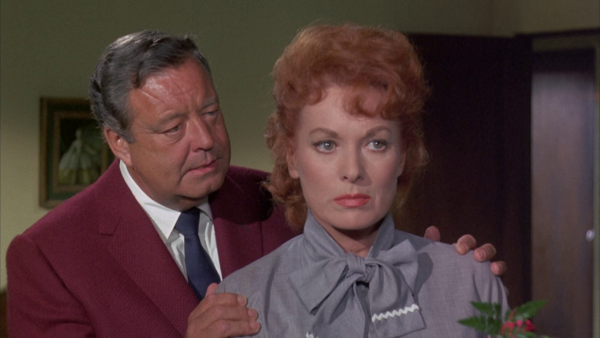 Jackie Gleeson made his fair share of duds, but as he aged, he lost his star power, growing increasingly reliant on his established persona to connect with potential audiences. 1970's "How Do I Love Thee?" finds Gleeson navigating the changing tides of American society and entertainment interests, starring in a dramedy that's meant to play to both older and younger audiences, trying to build a bridge between the counterculture and senior citizens. It's a big time whiff from the icon, who looks lost (and quite inebriated) during his performance, unsure how seriously he should take a movie where Shelly Winters is cast as a sex object. "How Do I Love Thee?" is a brutal sit at times, with nobody in the production particularly confident in the film they want to make, going soft in every direction. Read the rest at Blu-ray.com