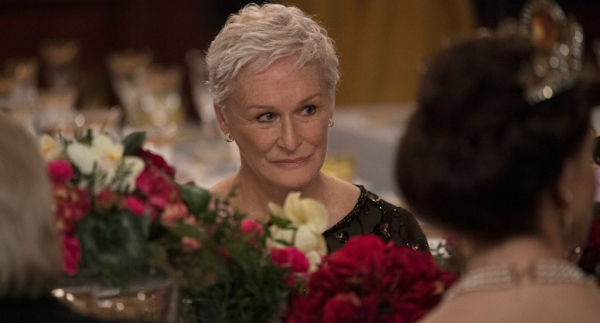 “The Wife” finds its inspiration from a Meg Wolitzer novel, but it comes alive on screen due to the efforts of its cast. Acting is one of the most intoxicating elements of the feature, with Wolitzer dreaming up a prime conflict to explore, using the occasion of a Nobel Prize ceremony to unleash all kinds of anxiety and rage while examining the world of success from a female point of view. “The Wife” is powerful and intentionally grotesque at times, with leads Glenn Close and Jonathan Pryce finding their footing immediately with the picture, giving director Bjorn Runge plenty of fire to photograph, opening the tale with cracks in a seemingly perfect foundation before slipping into Shakespearean lunges of malice. It’s quite the emotional ride.  Read the rest at Blu-ray.com