Film Review - Power of Grayskull: The Definitive History of He-Man and the Masters of the Universe 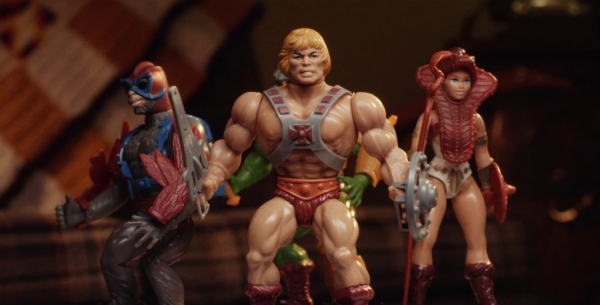 Last December, Netflix released an episode of their popular show, “The Toys That Made Us,” that focused on the rise and fall of the “He-Man and the Masters of the Universe” toy line. It was done with the program’s attitude and speed, acting as more of an overview than a detailed breakdown of just what happened with the brand name during the 1980s and beyond. Directors Randall Lobb and Robert McCallum attempt to go deeper into the He-Man universe with “Power of Grayskull: The Definitive History of He-Man and the Masters of the Universe,” offering a more ambitious survey of the ins and outs of the Mattel moneymaker, looking to scan 40 years of development and execution in 90 minutes. “The Toys That Made Us” got there first, but Lobb and McCallum have more material to work with, offering some lively interviews and fascinating discoveries as they examine how He-Man exploded from a throwaway idea into a toy that was, for many years, the most popular item on store shelves.  Read the rest at Blu-ray.com