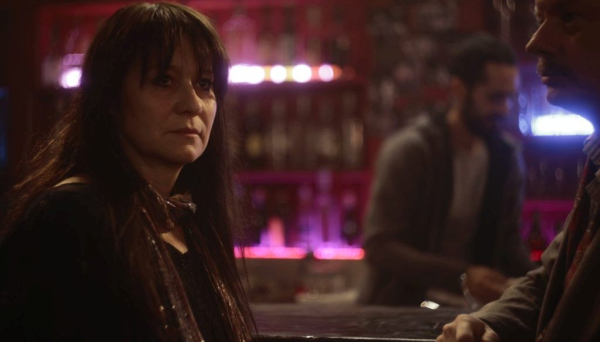 Most musical bio-pics tend to favor a lifespan when examining the creation of an artist, tracing childhood dreams to adult woes, or matching youthful trauma to mature excess. “Nico, 1988” doesn’t make much time for biographical excavation, preferring to stick with its subject for the last two years of her life. Nico was an enigmatic musician and singer, and writer/director Susanna Nicchiarelli respects some boundaries as she hopes to assemble something of an understanding when it comes to self-destructive behavior and longstanding fatigue with a troubled career and life itself. “Nico, 1988” is also notable in the way it permits those with only a fringe appreciation of the subject to understand a larger psychological study in motion, with star Trine Dyrholm absolutely mesmerizing as Christa Paffgen, also known as Nico, who struggled to keep herself together while enduring personal catastrophes and industry dismissal.  Read the rest at Blu-ray.com