Home Archives Profile Subscribe
Film Review - The Wife
Film Review - Power of Grayskull: The Definitive History of He-Man and the Masters of the Universe 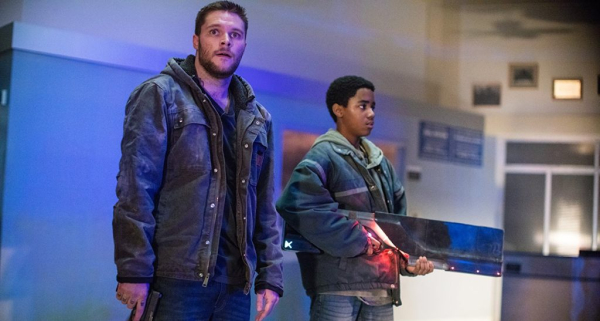 “Kin” doesn’t have it easy. It has a terrible title, a worst release date (the dumping ground of Labor Day weekend), and the story is incredibly ambitious, starting as a family drama before evolving into a crime movie, and eventually becoming a sci-fi saga with YA overtones. Directors Jonathan and Josh Baker make their feature-length helming debut here, giving themselves quite the tonal and thematic challenge. The good news is that “Kin,” while problematic in some areas, is promising work from the brothers, who give the endeavor style and suspense, and they do well with the stranger events that periodically emerge during the run time. Screenwriter Daniel Casey also pulls off an impressive feat with his attention to character, giving the effort a tad more feeling than what’s typically extracted from this type of glossy entertainment. Read the rest at Blu-ray.com