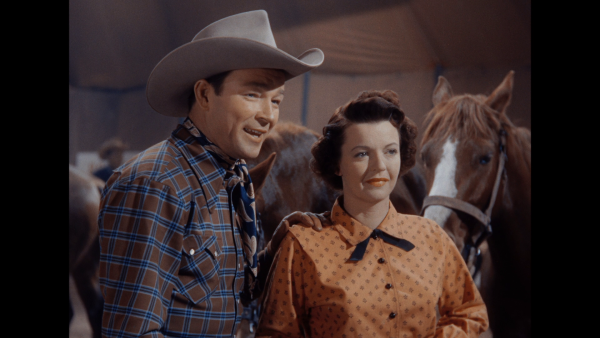 Nearing the end of his lengthy career as a Hollywood hero and cowboy legend, Roy Rogers elected to make one for the horses with 1950's "Trigger, Jr." While Rogers remains the lead actor, keeping up his end of the bargain with sharp western swagger, songs, and fast fists, the rest of the picture remains with the titular horse and his unexpected adventure in the American southwest. Being a Rogers endeavor, "Trigger, Jr." isn't big on surprises, keeping close to comfort food formula as bad guys square off against the good guys, and the horses end up in big trouble, inspiring a fresh round of chases and mild shenanigans, sweetened with a few songs to settle the mood. Read the rest at Blu-ray.com