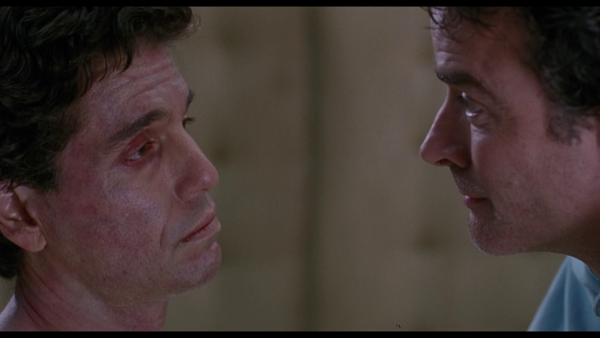 The quest to bring the works of author H.P. Lovecraft to the screen has never been easy, demanding inventive filmmakers willing to work overtime to preserve the writer's artful appreciation for the macabre. Director Dan O'Bannon tries his luck with "The Resurrected," which adapts Lovecraft's 1941 novella, "The Case of Charles Dexter Ward," bringing a smaller period mystery to a more modern age via noir-ish intentions, transforming horror into a detective tale courtesy of screenwriter Brent V. Friedman. O'Bannon has a vision for "The Resurrected," which is teeming with atmospheric changes and cinematic tributes, but it lacks a defined pace, often sluggishly doling out gruesome imagery and sleuthing discoveries, most of which fail to charge up the viewing experience despite the production's interest in bizarre events and encounters.  Read the rest at Blu-ray.com